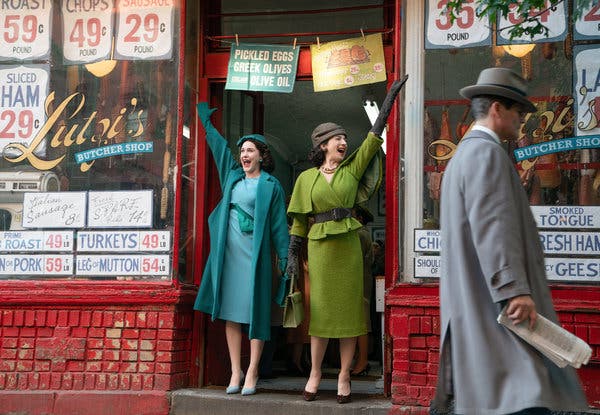 The first season of Amazon’s “The Marvelous Mrs. Maisel,” about a brassy 1950s housewife-turned-stand-up-comic, debuted last fall to swoony reviews (including one from the The Times which described Midge Maisel’s “bon mots rattling like ice in a cocktail shaker”). Though the second season of the cult-favorite show has just landed, many fans have hurtled through it at breakneck speed and are already in withdrawal. If you’re one of them, we’ve got some books for you to read. Gal Beckerman and Tina Jordan, New York Times. 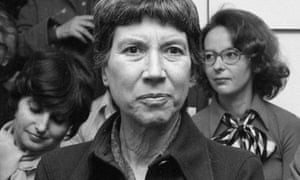 “Dribbledrams! Doodledums! Nitwitteries!” These are a few of the signature eccentric sayings that Italian novelist and essayist Ginzburg ascribes to members of her family in this unusual portrait of everyday life in Italy from the 1920s to 50s. An experimental novel-cum-memoir first published in 1963, it features her parents, older siblings, in-laws, dissident friends and acquaintances, as well as those known through her mother’s oft-recounted reminiscences, who had “assumed the step of the dead, light and elusive”. Family Lexicon, translated by Jenny McPhee, is published by Daunt. The Guardian.
Pubblicato da Maria Sepa a 12:42 Nessun commento: 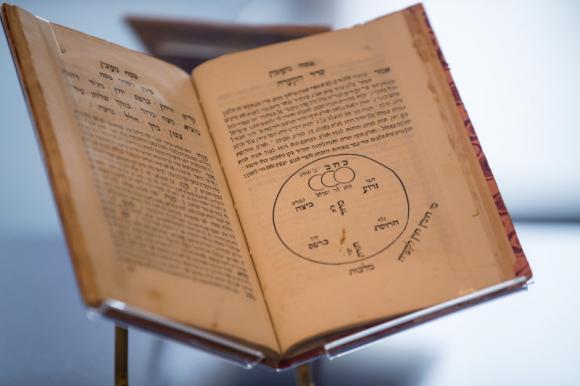 The Brown University Library is now home to a collection of rare illustrated texts that depict how Jewish communities have celebrated the Passover Seder across the globe, spanning more than 400 years and in a wide range of languages.
Pubblicato da Maria Sepa a 18:23 Nessun commento:

"He [Haimovitz] had played it for thirty years, until, fifteen months earlier, while giving a lesson to a promising Canadian student, he dropped it, and the cello’s neck snapped. Since then, the instrument had been undergoing extensive repairs by a team of five luthiers at Reed Yeboah Fine Violins, near Columbus Circle. Now the shop had called to say that Matteo was ready for release.

The relationship between cellist and cello is unusually tight. “It’s probably the instrument closest to the human voice in range,” Haimovitz said. He described the necessity of wrapping oneself around the cello while playing. “You have to be good friends, intimate friends.”
Pubblicato da Maria Sepa a 15:41 Nessun commento:

Pictures from an Exposition

Pictures from an Exposition: Visualizing the 1893 World's Fair: una bella mostra sulla Worlds Fair del 1893, "Featuring works of art and ephemera from the Newberry’s extensive collection of exposition materials, Pictures from an Exposition explores the fair’s tremendous power of attraction, both at the time of its presentation and through history into the present, for both those who attended and those who experienced it from afar", alla Newberry Library di Chicago dal 28 settembre al 31 dicembre.
Pubblicato da Maria Sepa a 15:02 Nessun commento: 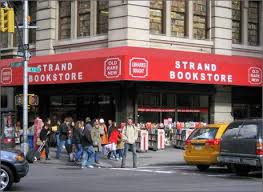 The Strand, uno dei luoghi cult di Manhattan, ha subito un rinnovamento e non è più quello di una volta. "Concerned with the persistent competition from online booksellers and chain stores, the Strand recently hired a design company to advise them as to “what customers want now and in the future,” Eddie Sutton, the store’s manager, who has been there since 1991, said. What many customers want turns out to be the convenience and variety found online. And so the Strand traded the bag check for video cameras and plainclothes security. The book-buying counter was moved from the front to the back of the store. The leather-bound sets (Will and Ariel Durant, the complete works of Dickens, Toynbee) behind the cashier were pushed aside to fit books arranged by the color of their spines. The non-book section was expanded to sell socks, lollipops, and greeting cards alongside T-shirts, refrigerator magnets, and totes bearing slogans like “Prose Before Hoes.” You can now mail letters from inside the store. Rachel Shteir, newyorker.
Pubblicato da Maria Sepa a 08:00 1 commento: 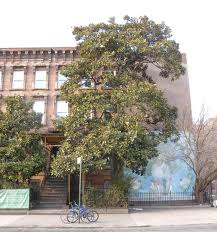 Today in New York there are more than 1,300 individual landmarks, and 114 historic districts encompassing some 33,000 landmarked properties.

Yet prior to the landmarks law there was no legal means for protecting historic sites like the Roxy. Many had fallen into disrepair. Alex Straub, nybooks.
Pubblicato da Maria Sepa a 11:21 Nessun commento: